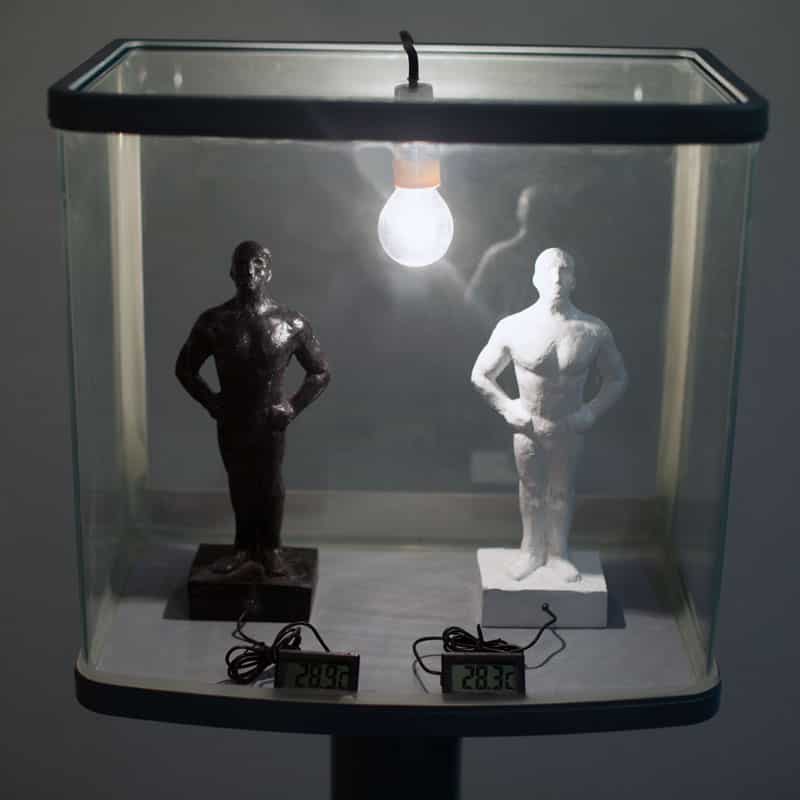 This artwork is an experiment aimed at testing “Blackwhitness Theory”. This is the name of the hypothesis in which I assumed that people living in Africa would be better off having white skin, since white color repels light and heat more than black. To prove it I made an installation in which I placed the black and white figurines, exposed them to light bulbs and connected them to digital thermometers. In this way, the hypothesis was successfully confirmed. 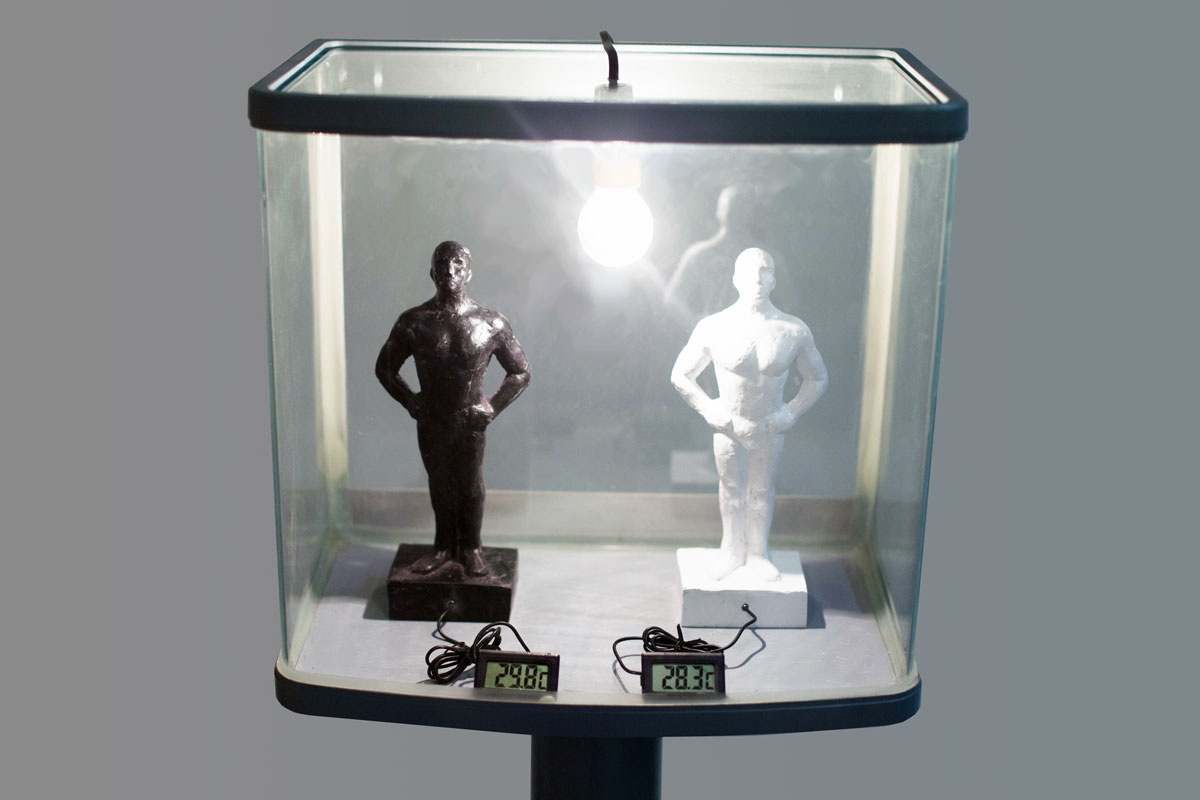 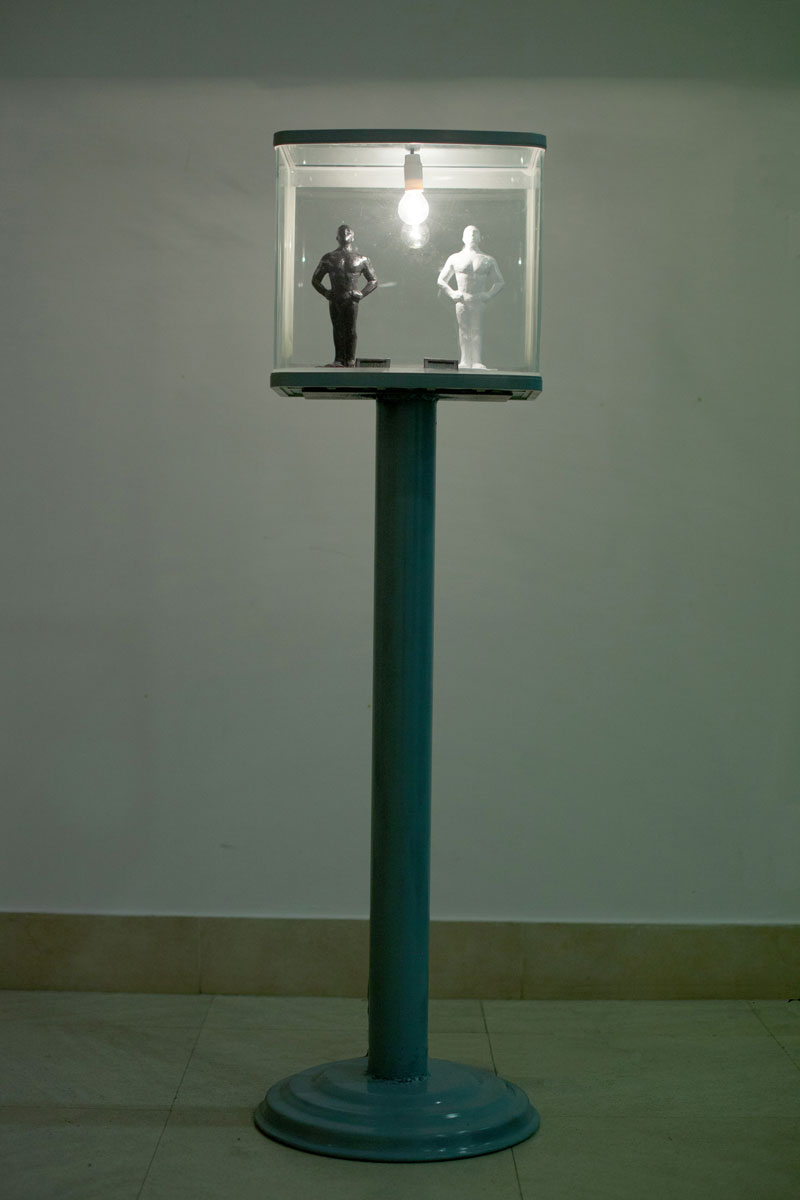