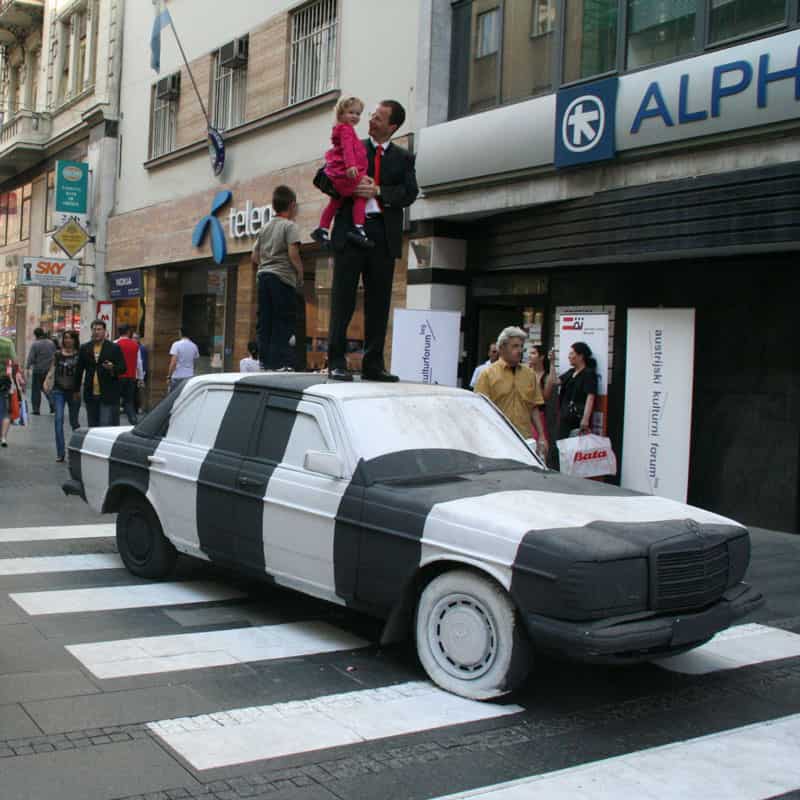 Cars are the absolute masters of streets in cities. Space for their movement dominates over other free space. They are a status symbol and the greatest urban danger. Long time ago, mothers used to teach children to guard themselves from wolves and other beasts, and nowadays they are taught to be careful not to be run over by a car.

This work attempts to dispel the fear and respect we feel for the car as an object that surrounds us every day. When we take away his typical character traits with a little intervention, the car becomes exactly what it is, an empty dummy bin on our way, which we can bypass, or not.

The performance consisted of parking the car in a space reserved for the pedestrians and repainting it by merging with the ground. This is followed by encouraging passersby to walk across it. At first, these were mostly children, and later their parents became involved, as were other daring passers-by. Street Car performance has been performed three times, of which twice in Belgrade and once in Rome. 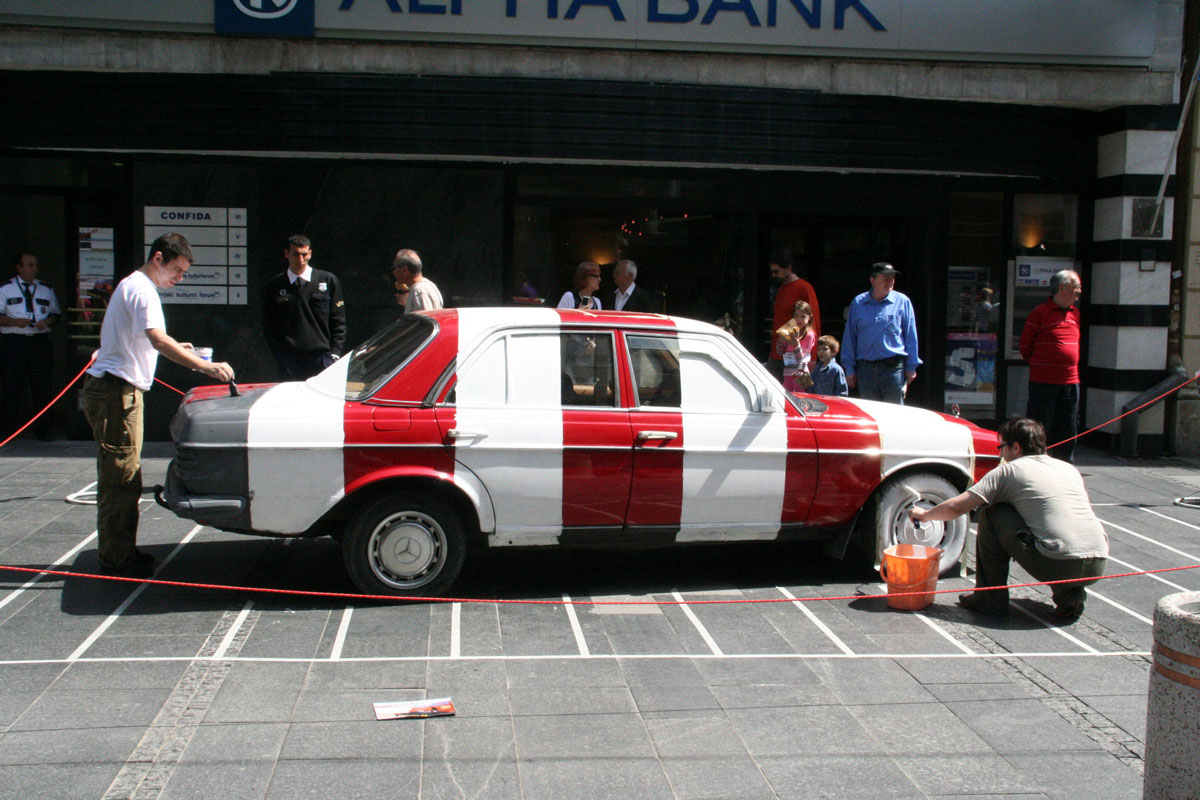 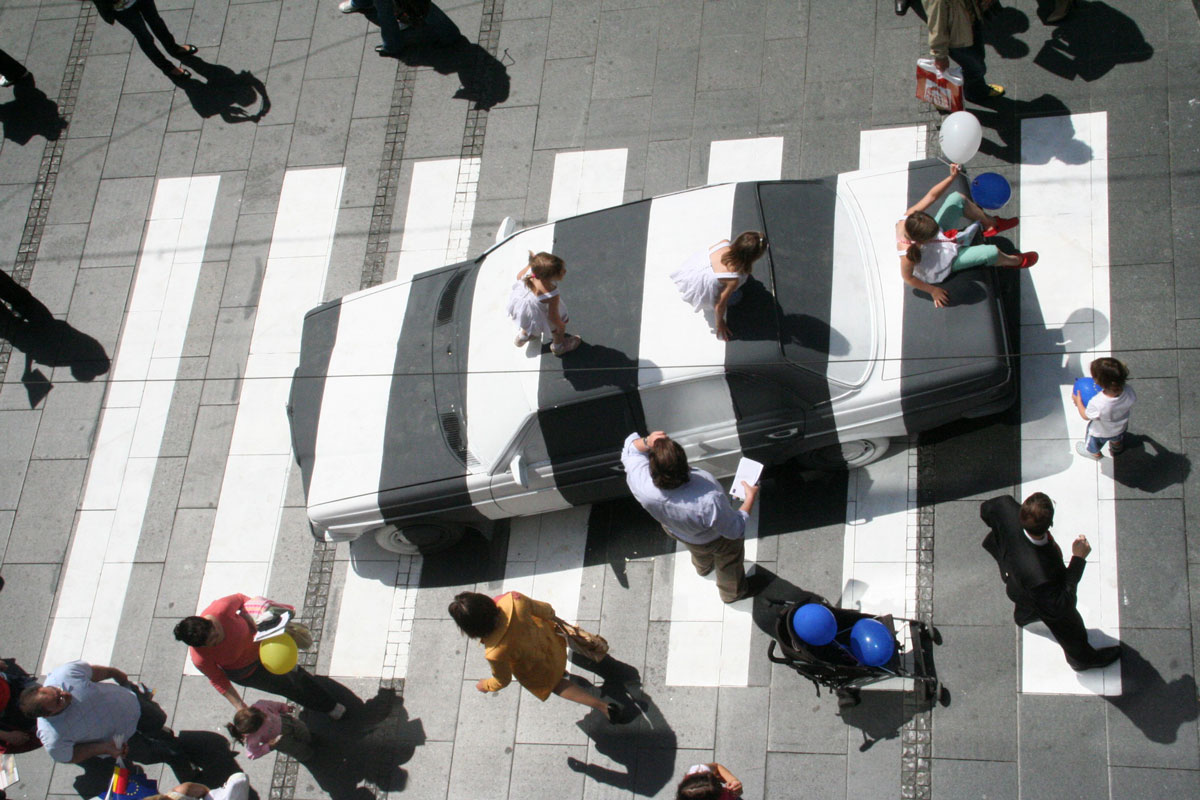 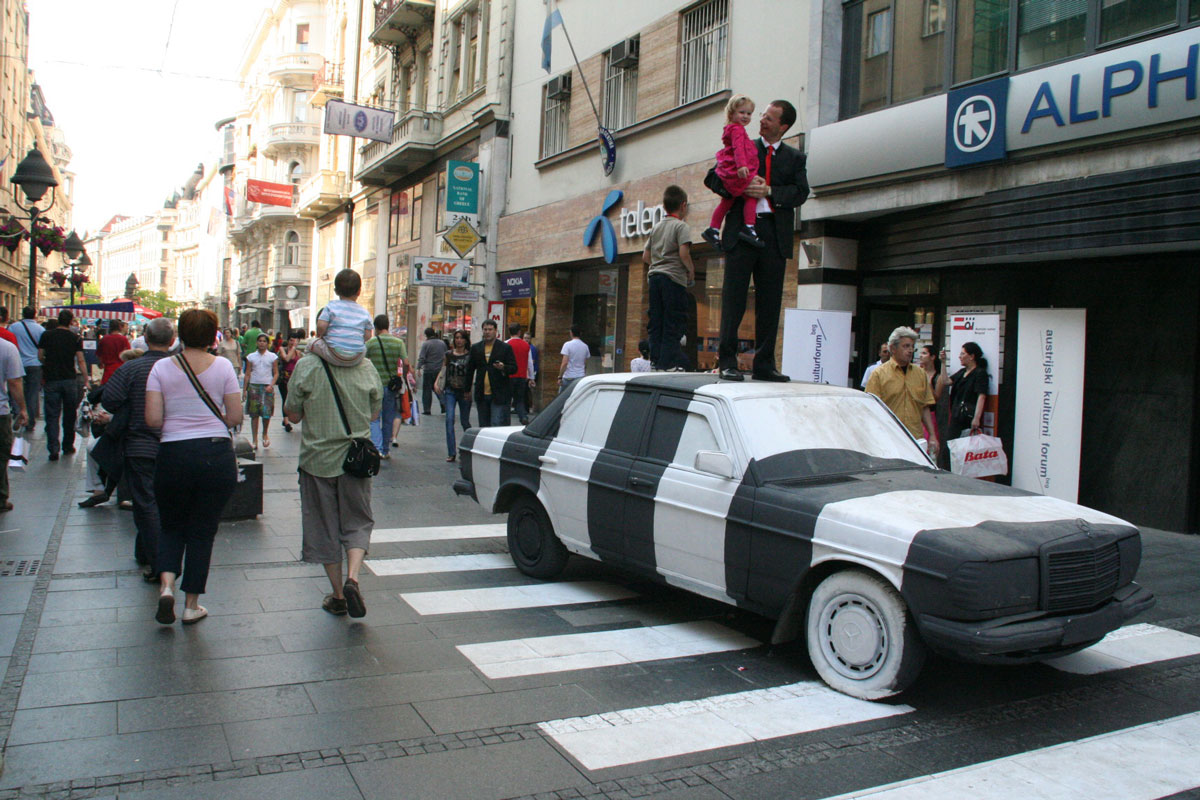 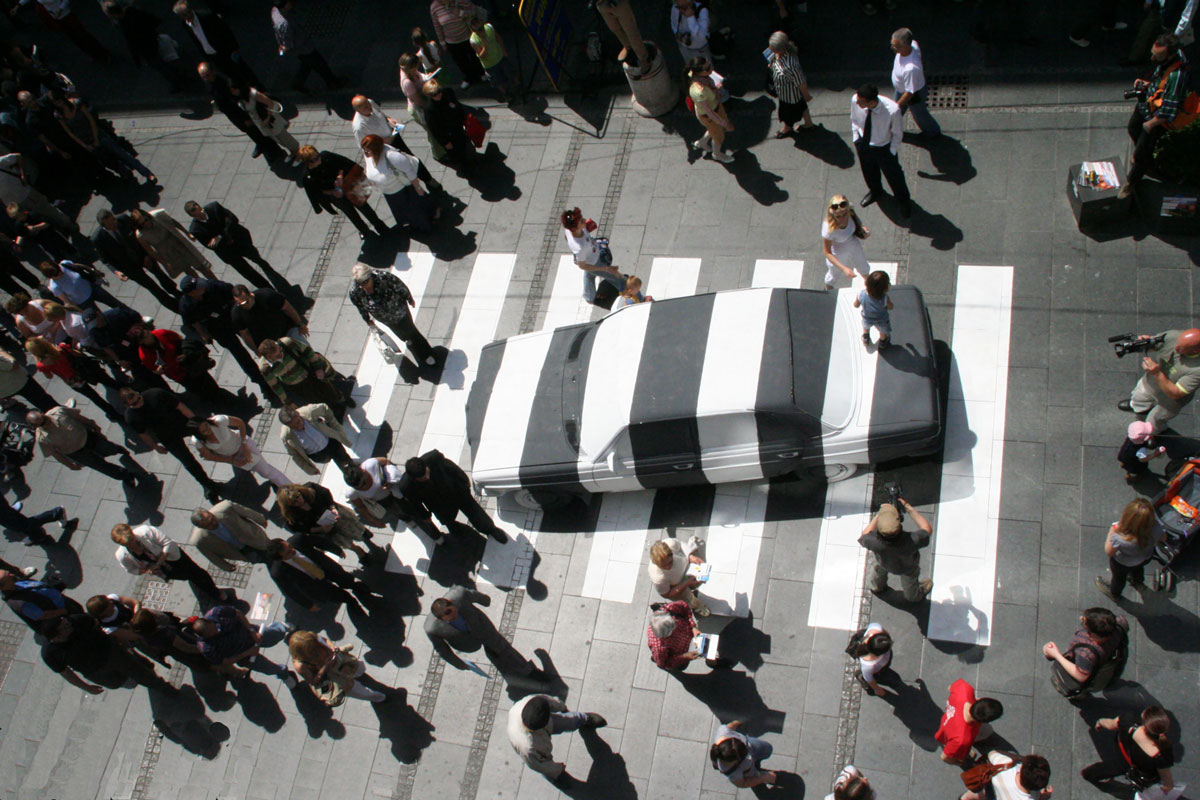 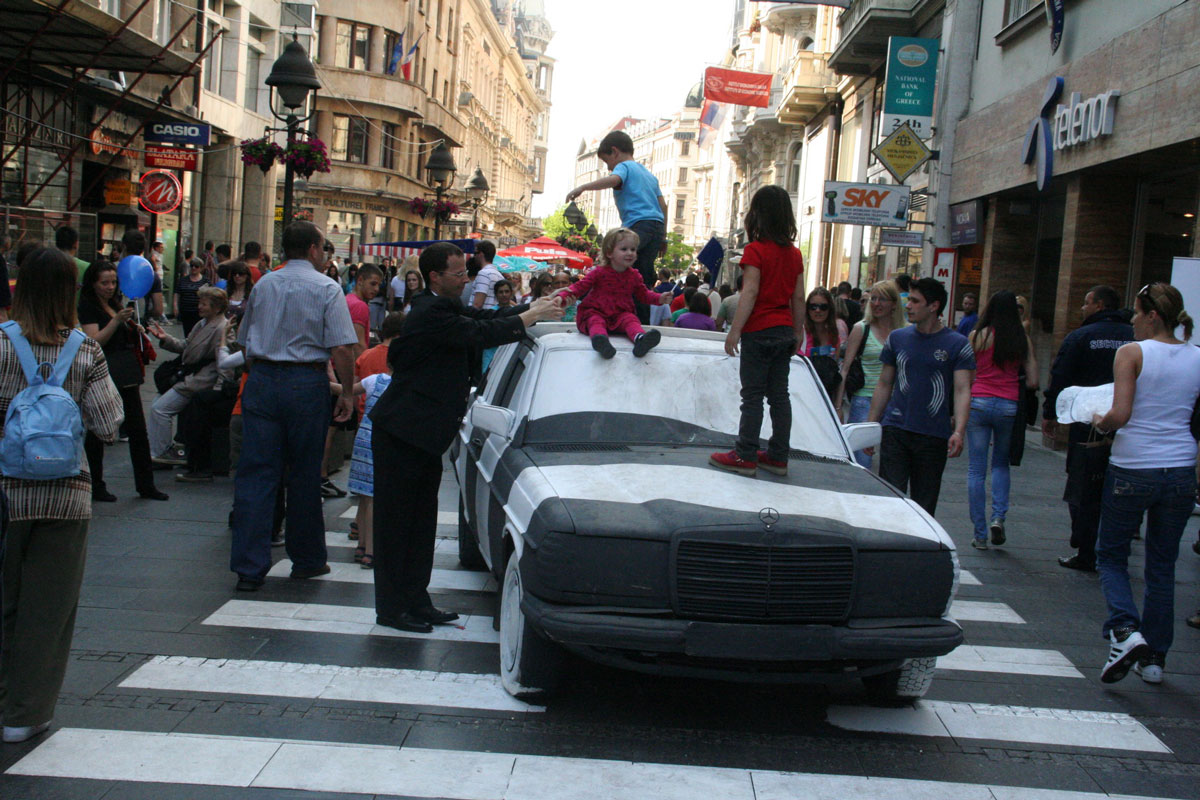 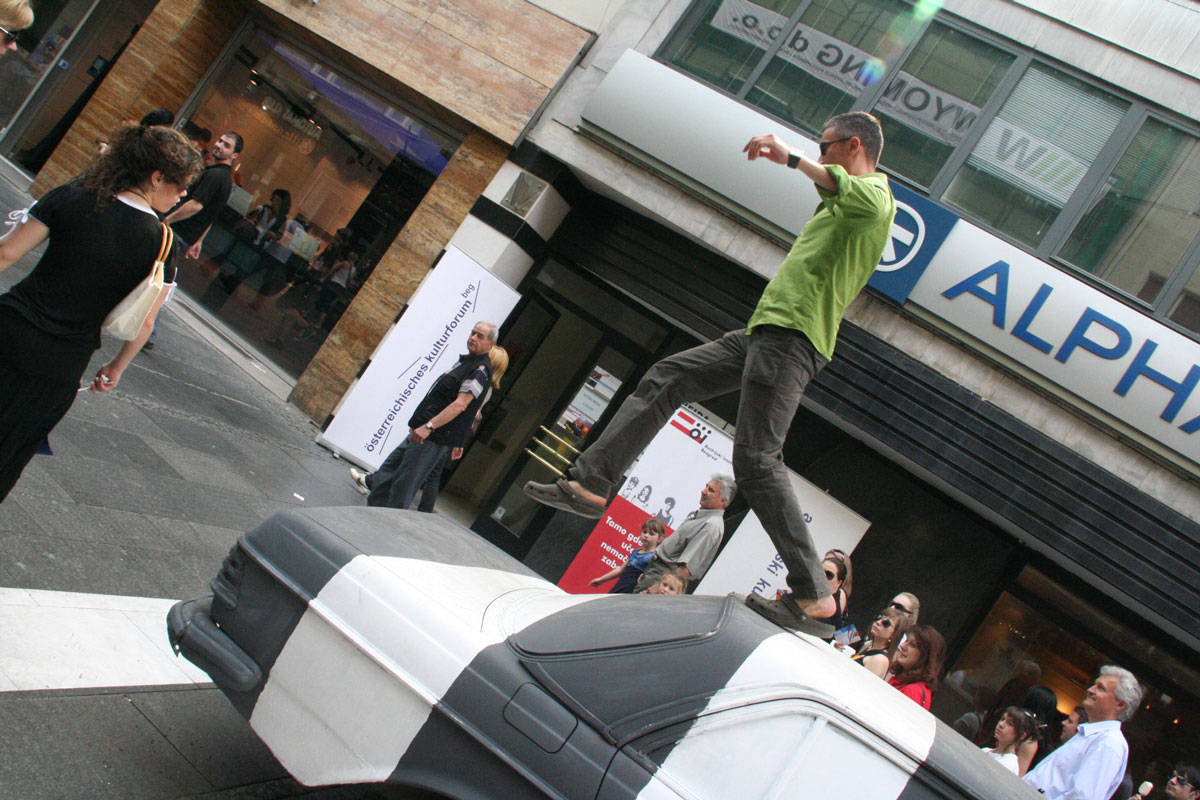