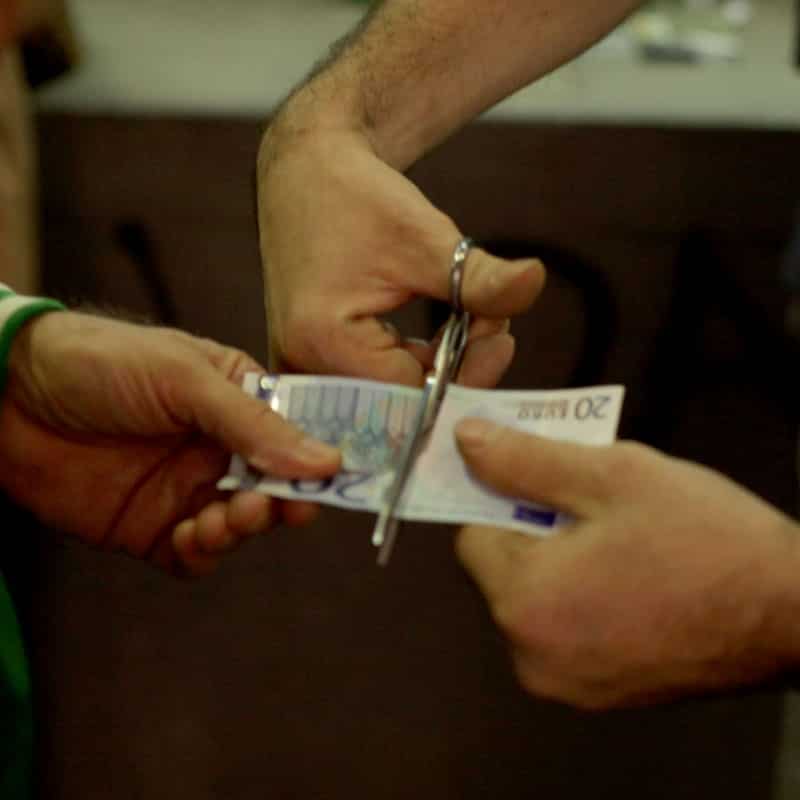 The performance took place in the Street Gallery in Belgrade during the opening of my solo exhibition "Omnipresent". During the performance, I cut 20 euro banknotes and distributed one half to random visitors. With each half, the lucky winner received a certificate with the serial number of the banknote, the author's signature and the text:

A total of 20 banknotes were distributed. It is unknown how many of them were cashed and how many were retained. 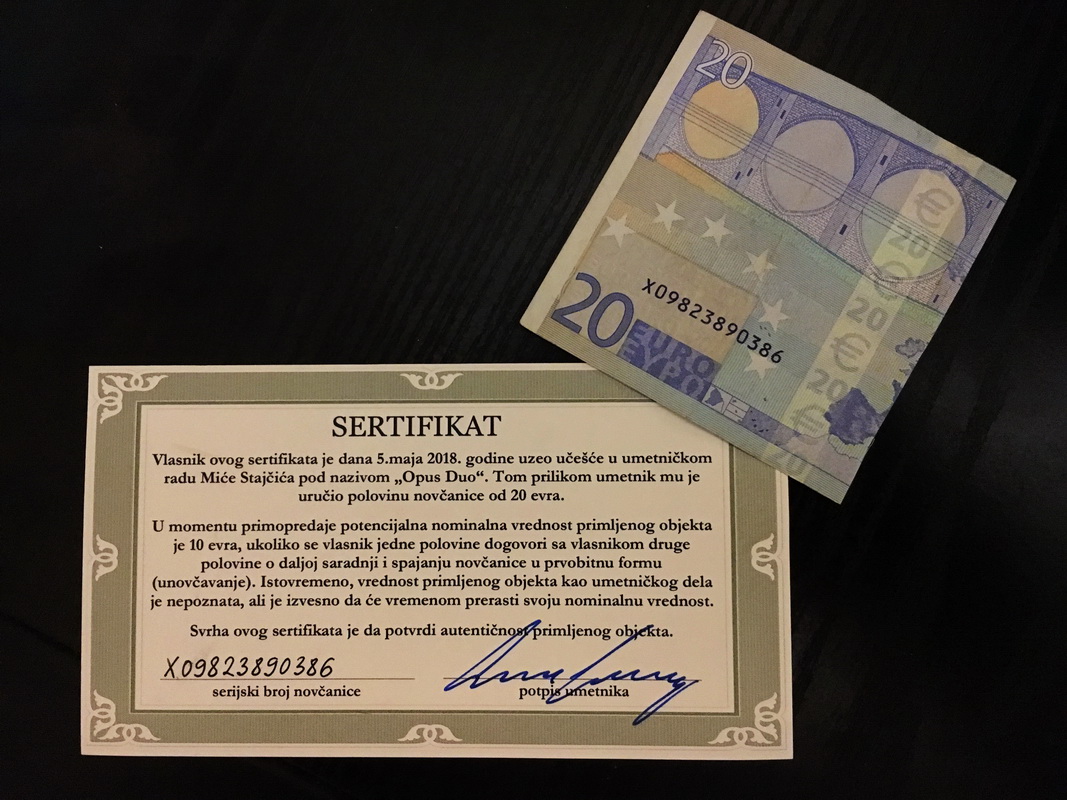 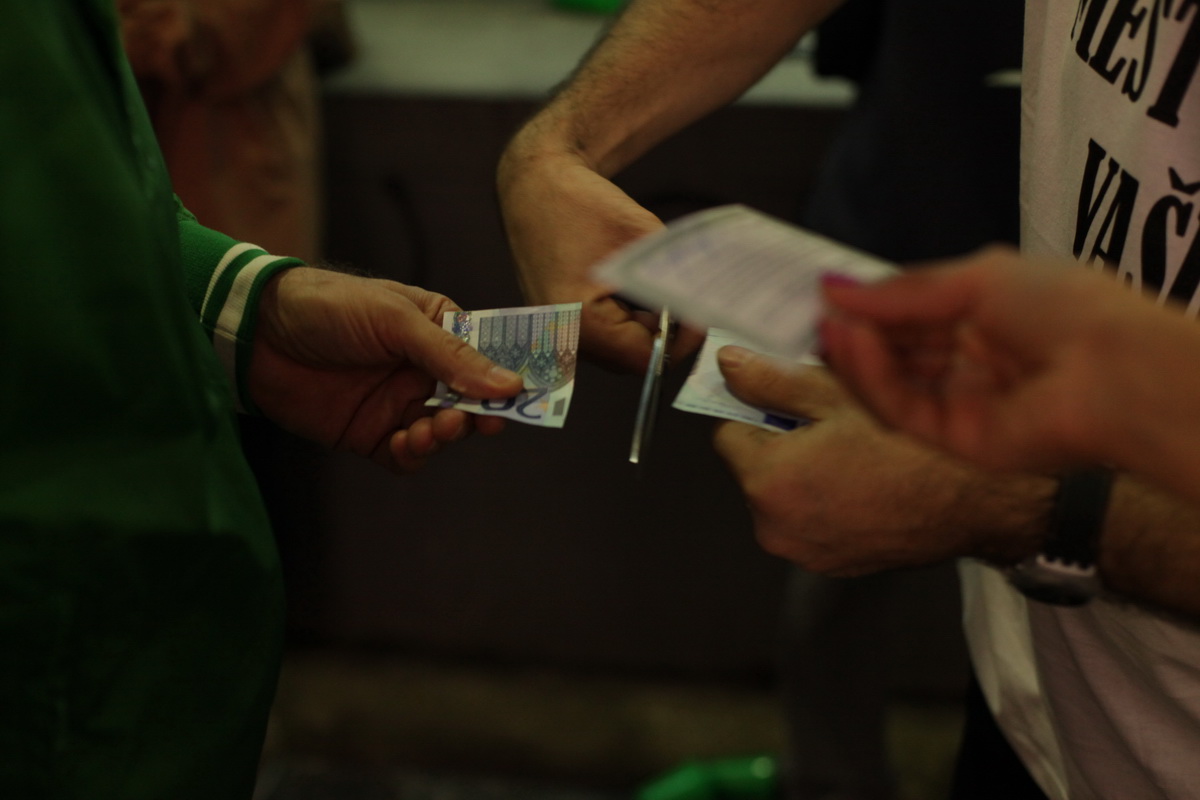 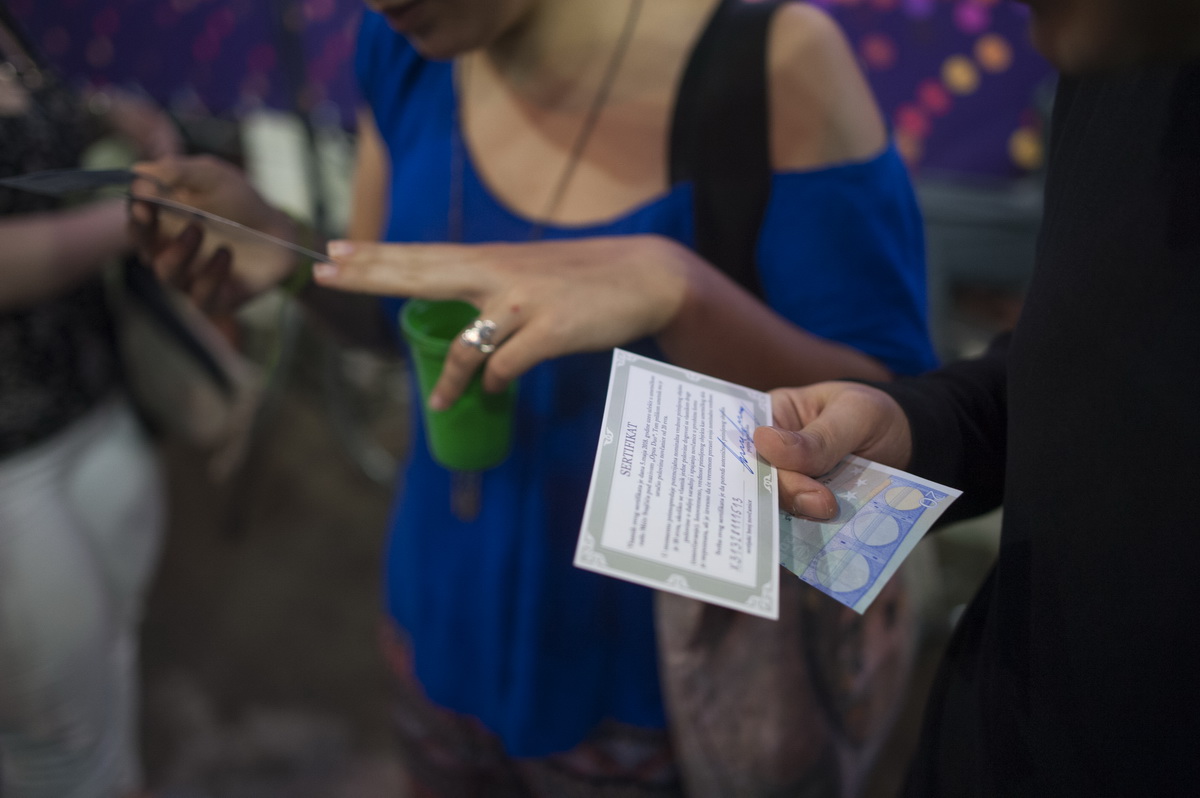 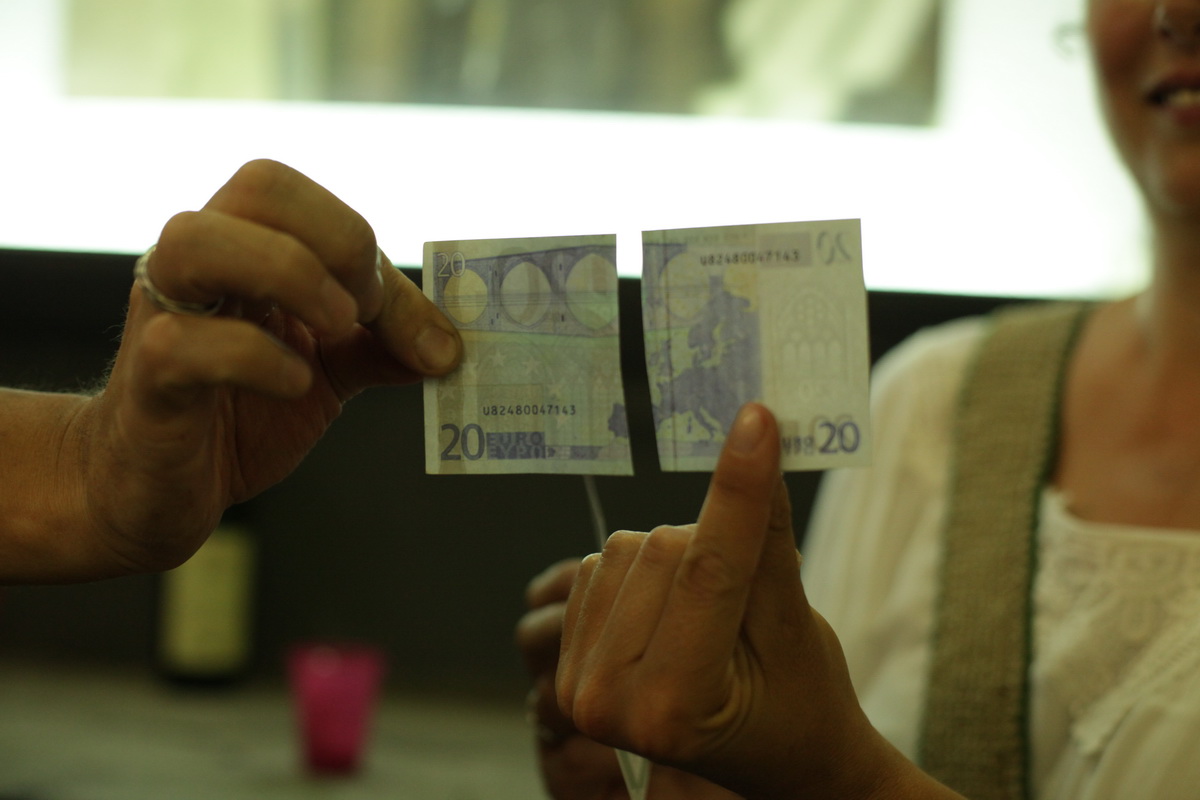 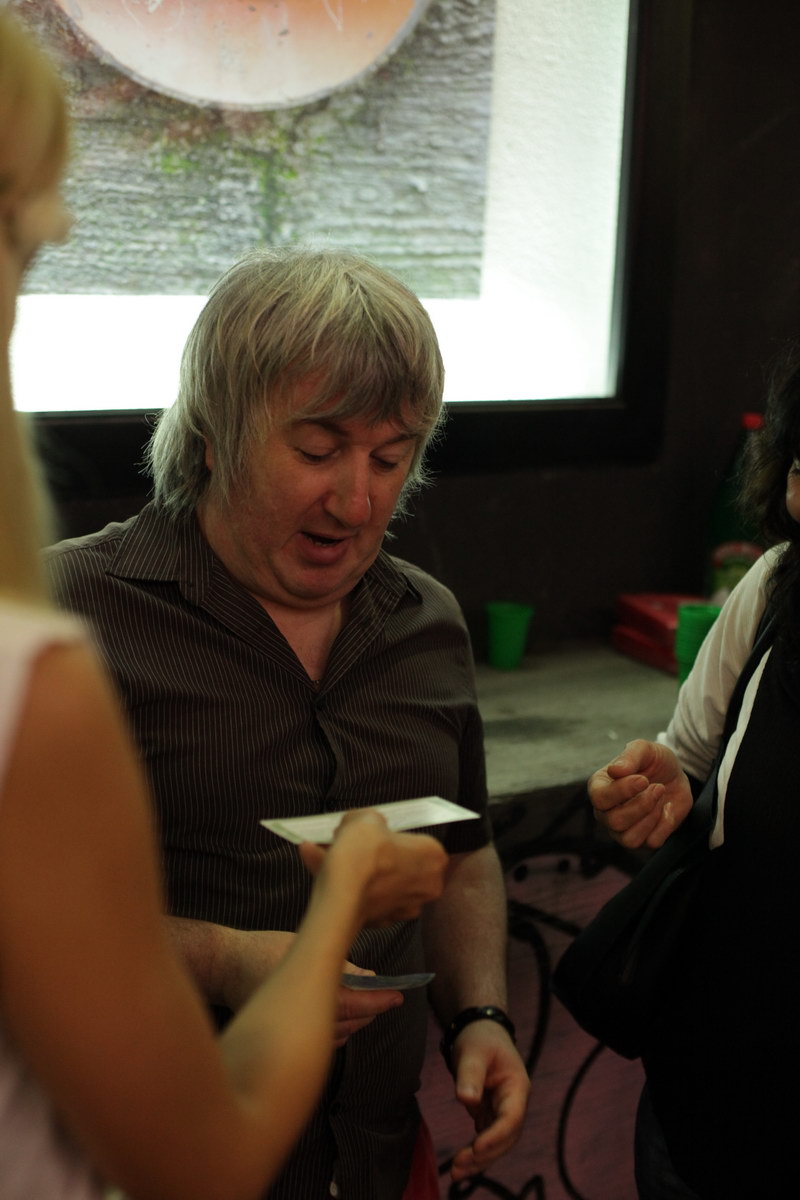 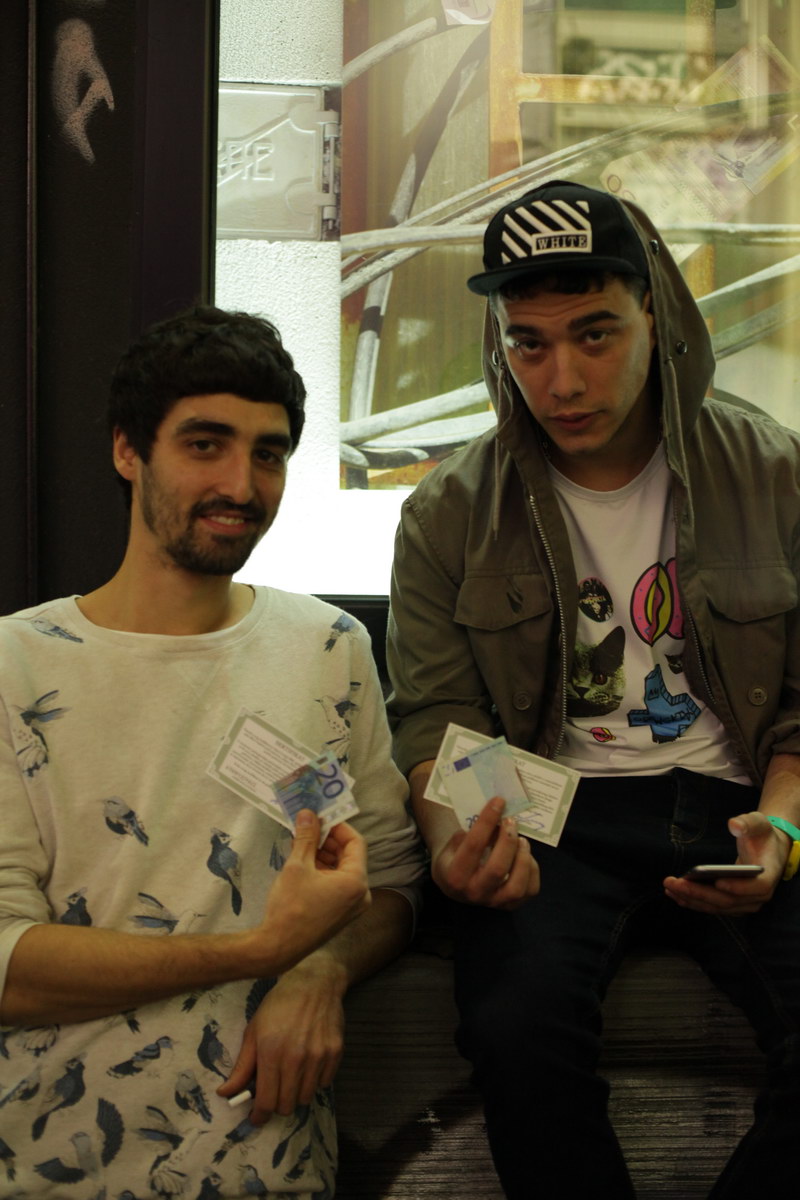 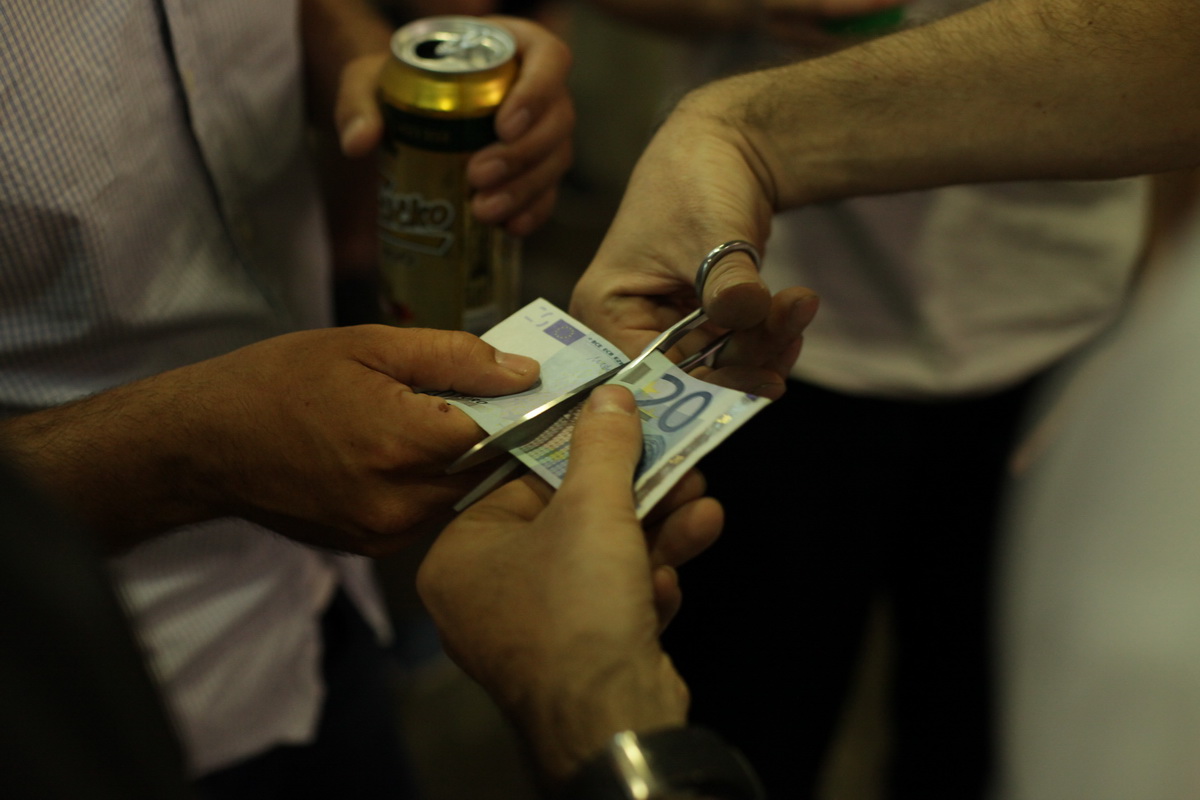