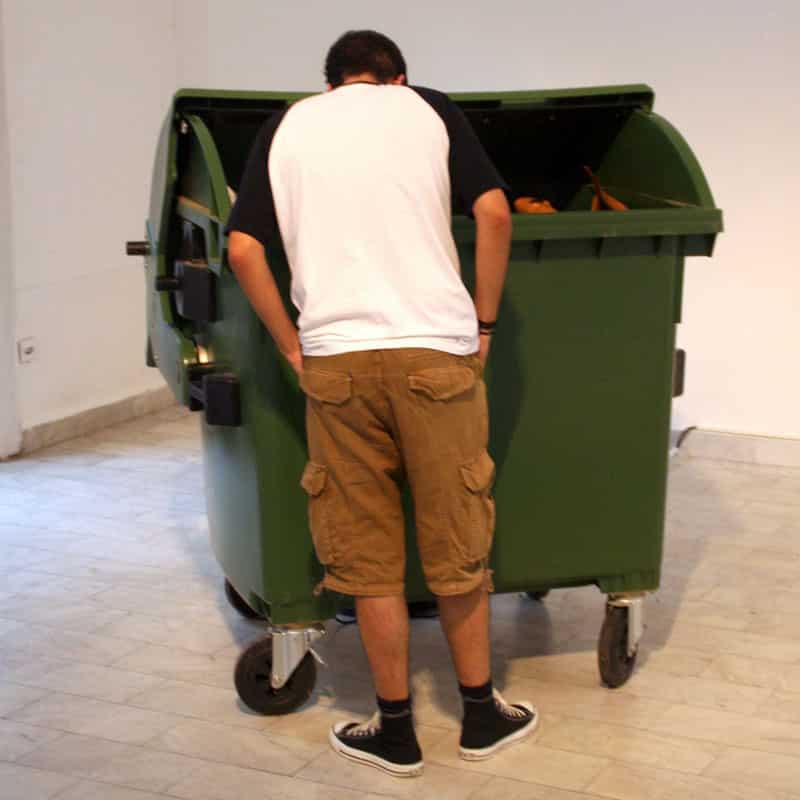 I have to admit that I ofen wish to peek into a street container but some general tacit moral rule did not allow me. And there is also the fear that my neighbors will think that I have fallen on the social ladder. However, by placing the container in the gallery conditions and wrapping it in a magical veil of art, this desire becomes possible and desirable. Garbage is now an art and is available for research.

In order to attract and keep the inclined observer, the container, in addition to various inorganic waste, also contains a screen on which a recording of a part of the gallery is broadcast, in which the entire instalation is located, with a delay of a few seconds. That way the person peeking inside sees a scene of himself approaching the container and leaning over it. The effect of the delay is very interesting for research, so observers usually keep their head in the container for a while. 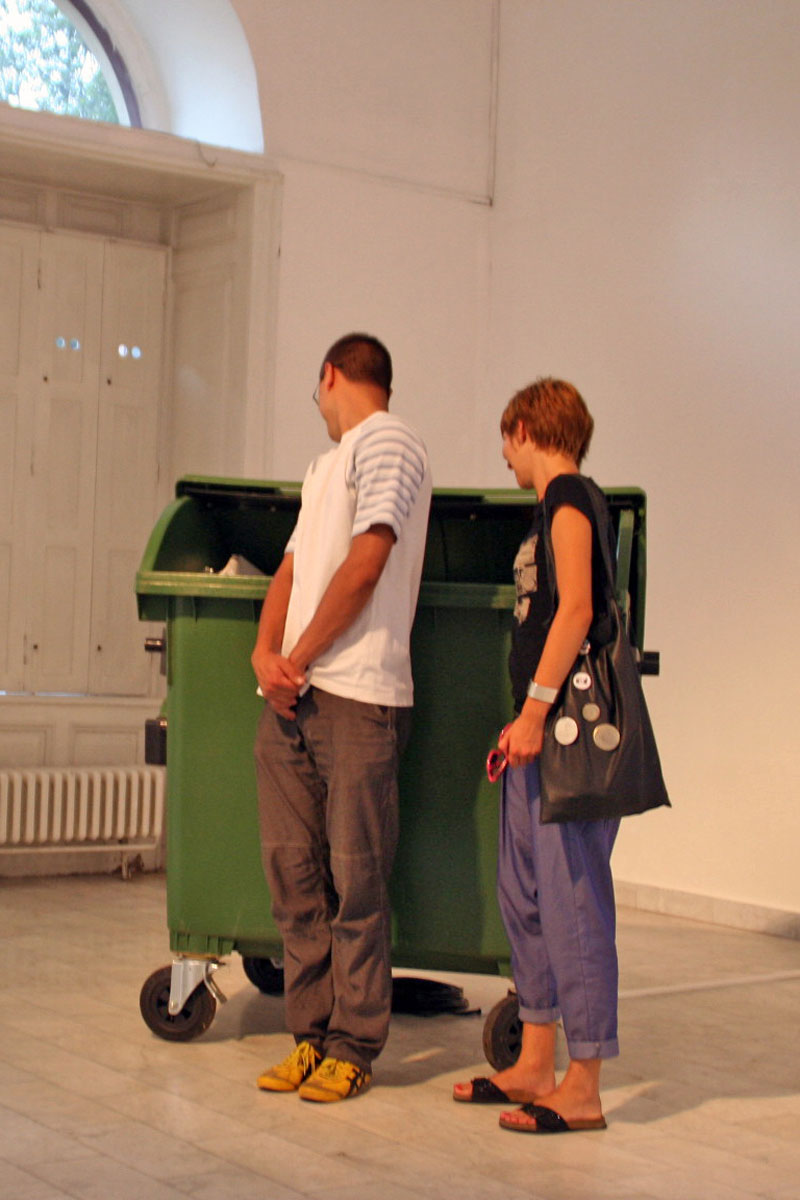 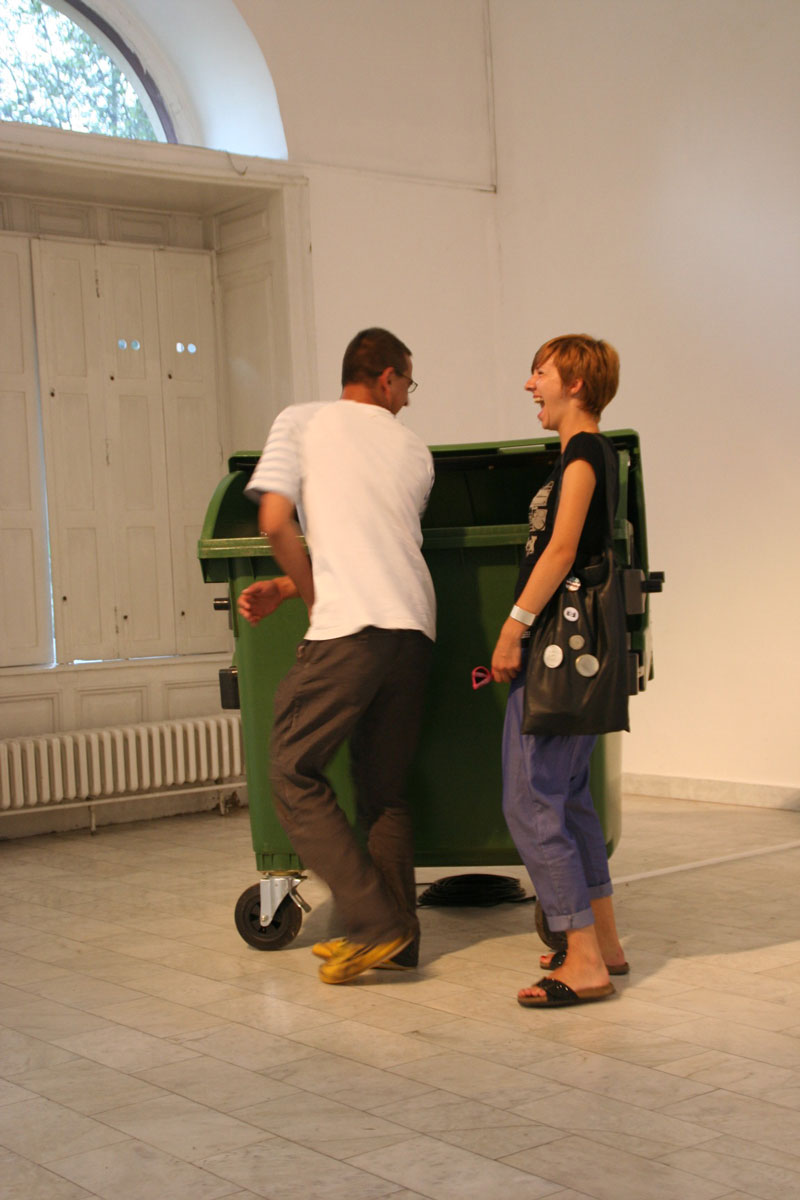 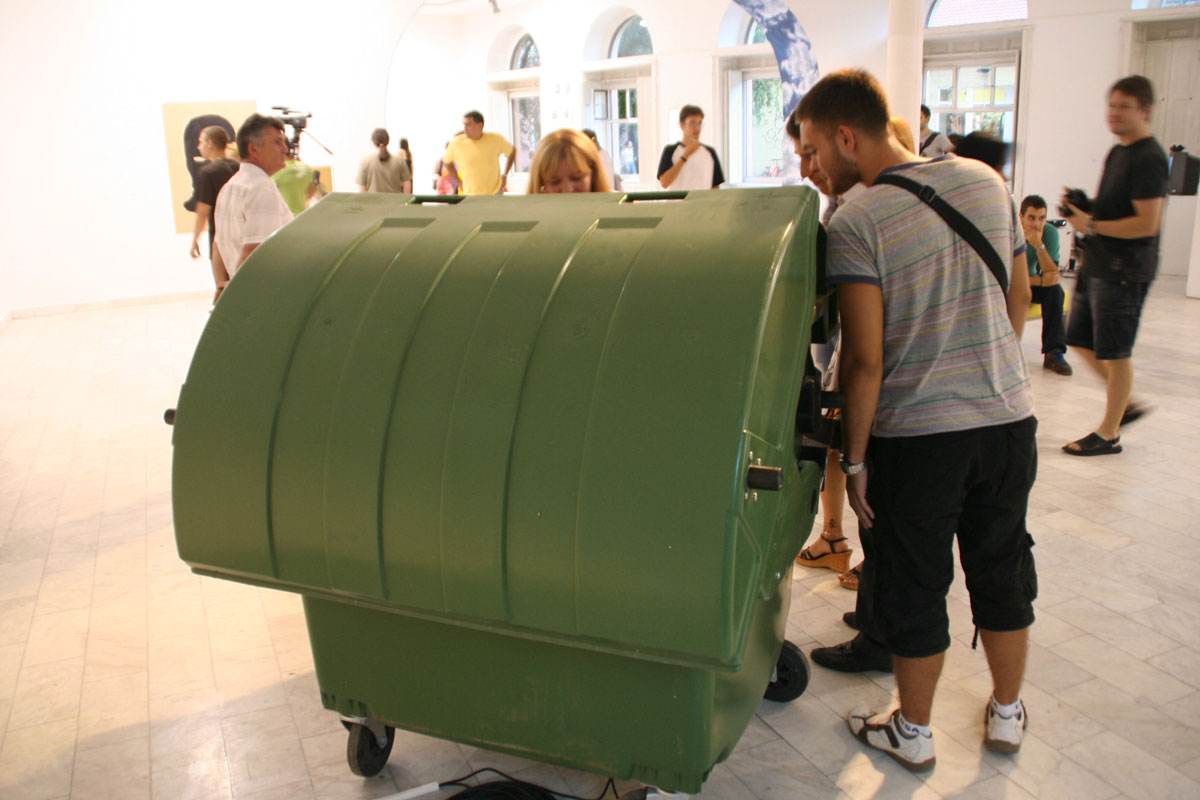 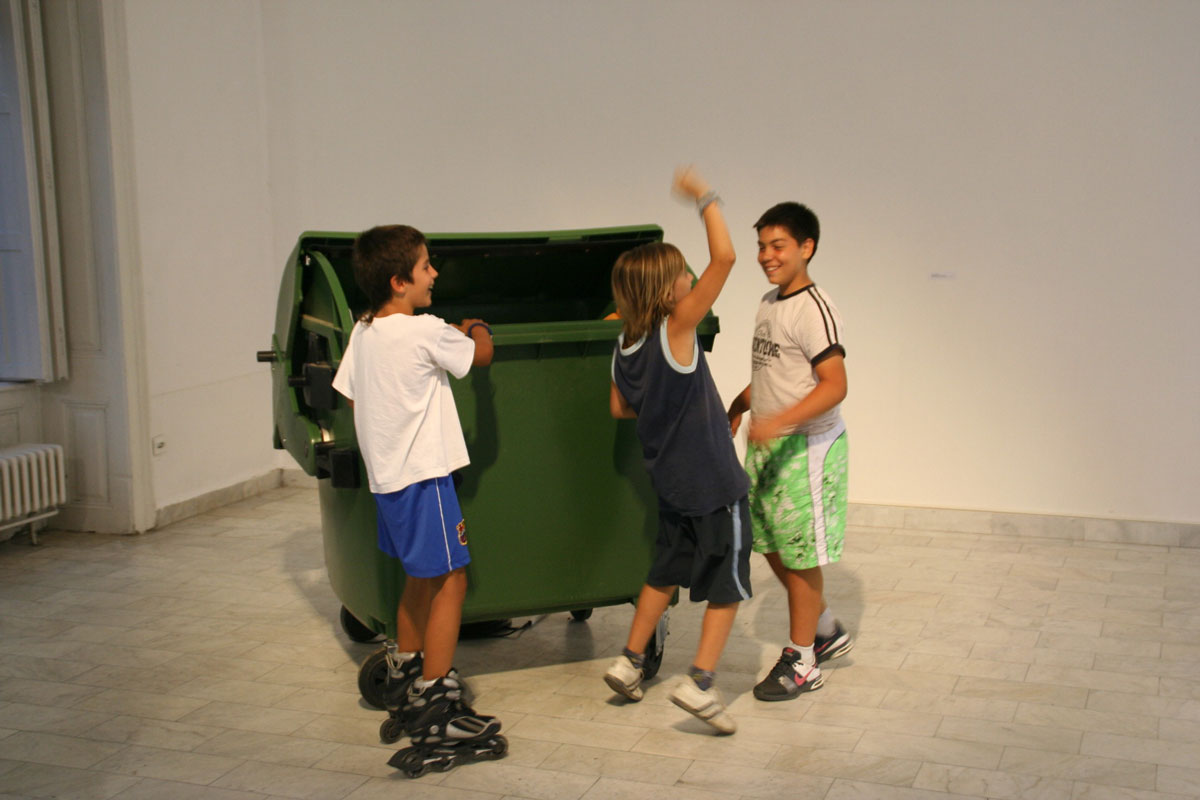 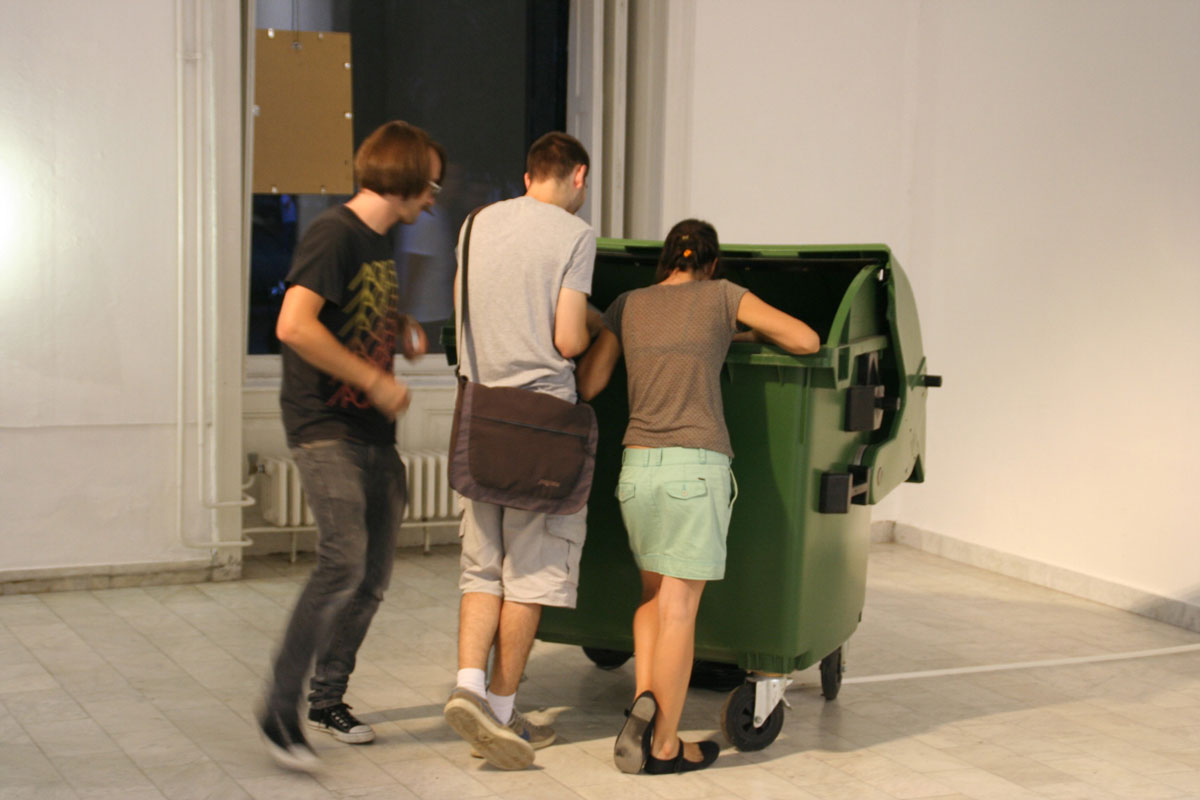 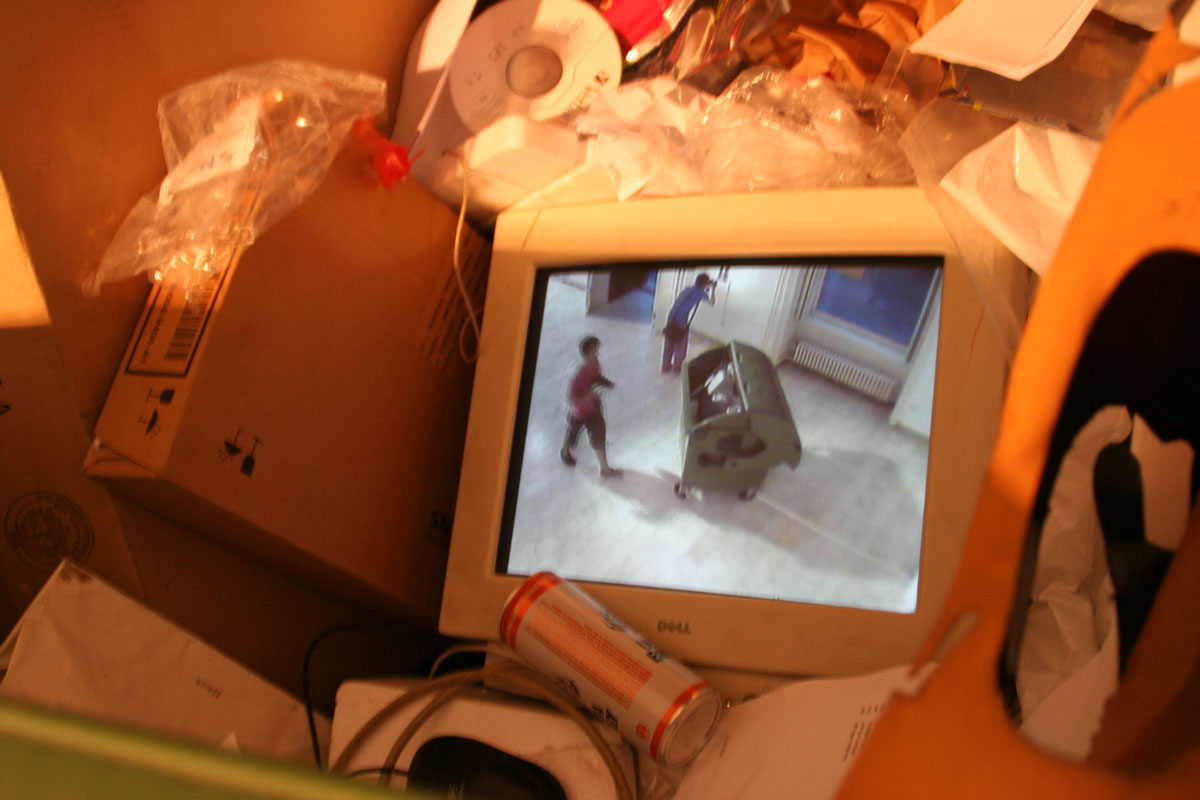