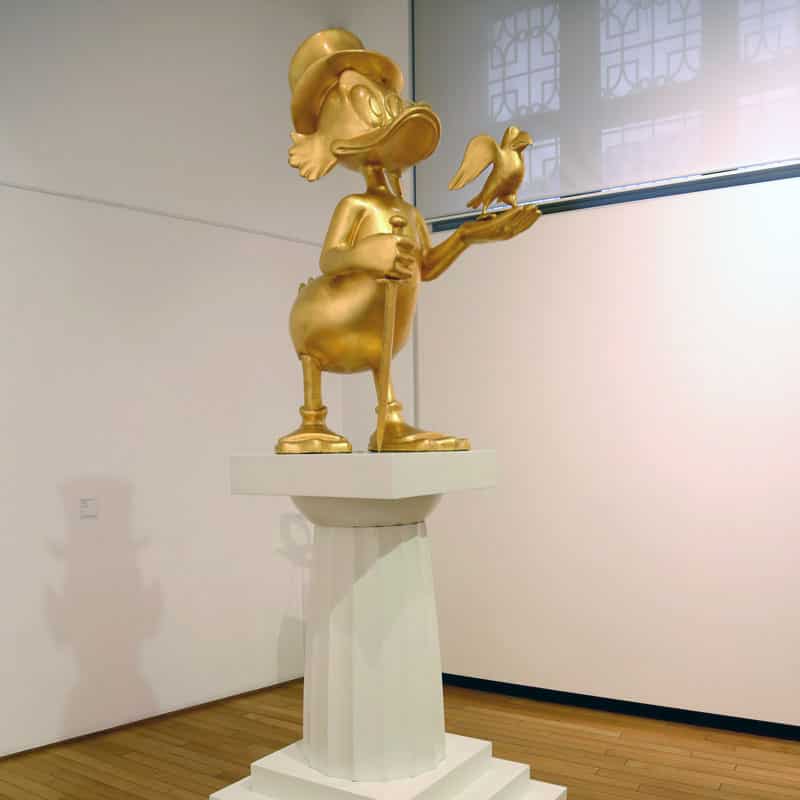 Scrooge McDuck, or Uncle Scrooge, named after the character of a miser in a Charles Dickens’ novel, is an extremely wealthy businessman and self-proclaimed ‘adventure-capitalist’. In Ebenezer Gold, Stajčić parodies the most popular public monument in Belgrade, which has become an unofficial symbol of Serbia’s capital. This monument of triumph, entitled ‘The Victor’, was installed in 1928, in the Upper Town of the Belgrade Fortress (Kalemegdan), on the occasion of celebrating the 10th anniversary of the Breakthrough of the Macedonian Front and the final victory in the First World War. The monument is a bronze male statue with a hawk on his left hand and a sword hanging from his right, whose author is the sculptor Ivan Meštrović. The statue is set on a pedestal shaped as a fluted Doric column raised on a high cubical base, which was designed by the architect Petar Bajalović. The authentic monument is a personification of victory. In the context of a city landmark, it reflects a specific set of values which have come to be identified with the image of the Serbian capital – bravery, justness, endurance.

In Stajčić’s interpretation, Scrooge McDuck, with his posture, his nudity and the attributes of The Victor, imitates and at the same time also absorbs its ethical and symbolic characteristics. In the past 30 years, the socio-political and economic circumstances in Serbia have created conditions for the inauguration of a new winner – one who’s managed to survive and profit from the disintegration of public institutions, who has taken matters into his own hands and created a reality in accordance with his own rules. In Serbia, like in most ex-socialist countries, he is called a tycoon, although the word itself, which is derived from a Japanese title for a military and feudal lord, doesn’t have a derogatory connotation anywhere else in the world. This expression comprises all the frustrations caused by the newly formed circumstances, the defeat and devaluation of an ideology, the crisis of identity and the crisis in general. For someone to win, someone else has to lose. A photographic negative of the Ebenezer statue delineates a monument to the loser, in whose shadow gather those who ‘couldn’t manage’ and who are the majority. Still, Stajčić doesn’t make judgments, doesn’t suggest or deny; instead, he sees, identifies and interprets phenomena, in his own way. The sculpture of Ebenezer is also interesting because of its manner of production. Namely, the statue’s relaxed, laconic posture is topped by the glow of its 23.8 karat gold encrustation. Its height of 2.90 m adds monumentality. The fact that we recognize the model in the sculpture allows to establish an instantaneous and immediate connection between the observer and the artwork. The original link between this character and money – a universally arranged measure of value – gives it a quasi-sacral character. Ebenezer hence becomes a mirror for human weaknesses, desires, fears and expectations, and transcends the limits of local context in which it was created. 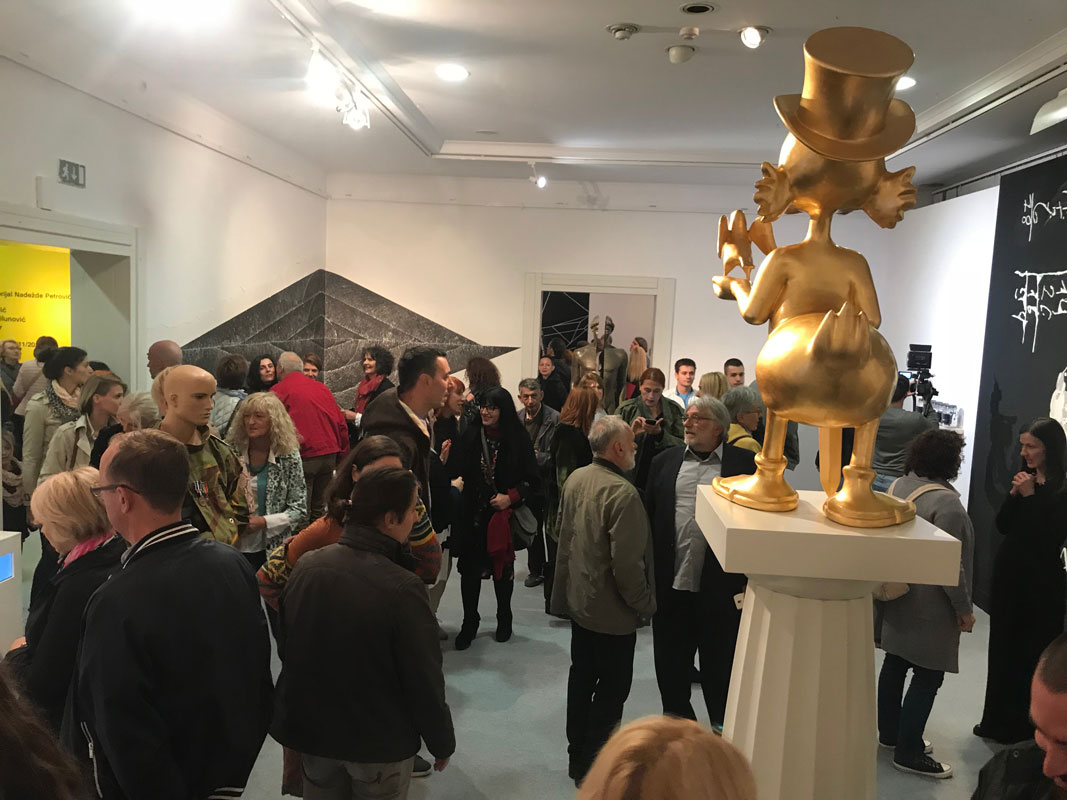 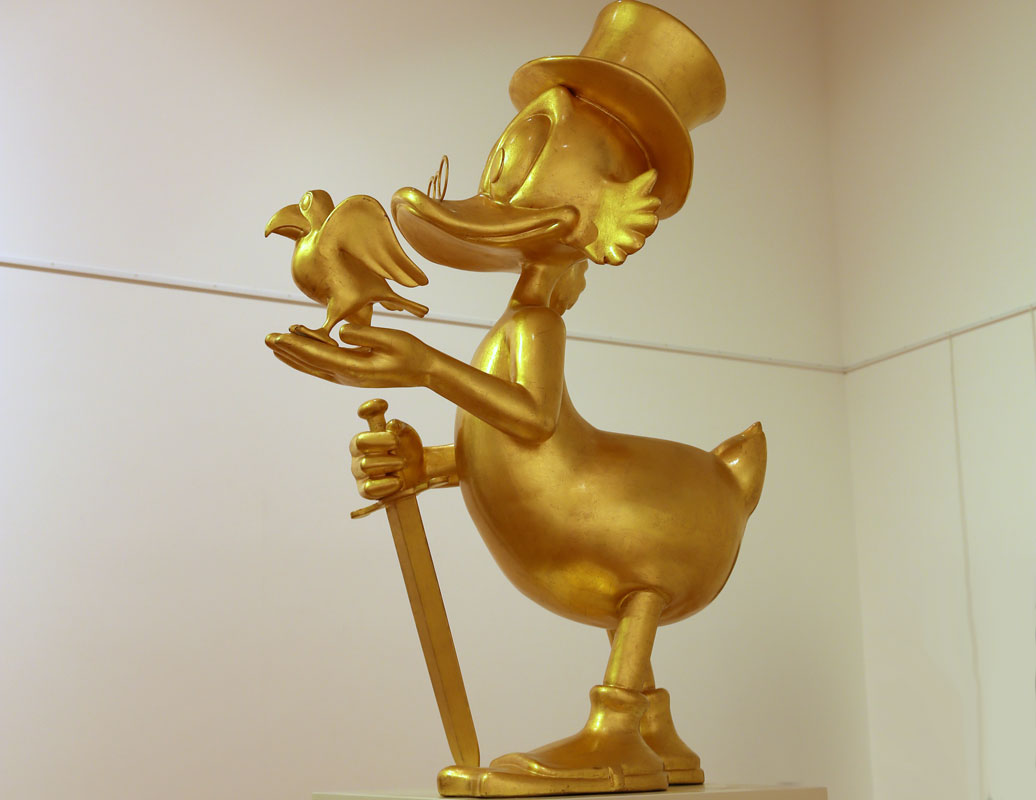 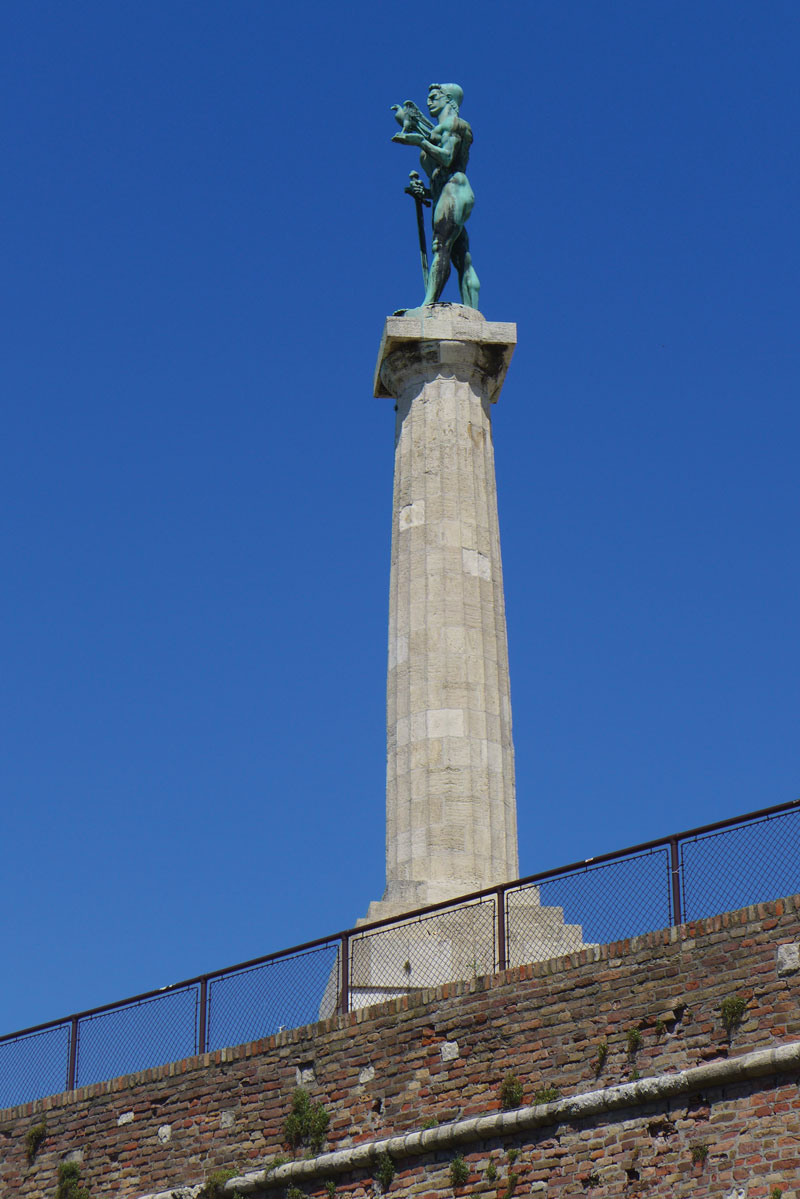